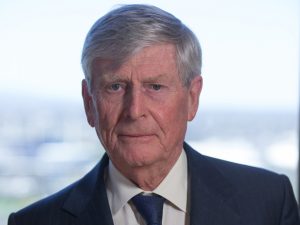 I am honoured to have been invited by the Accountability Round Table to present the Parliamentary Integrity Awards for the 44th Parliament. Promotion of open and accountable government is the object of the non-partisan group who make up the Round Table, and it is their Selection Committee that decided upon the three recipients of the current Awards.  I congratulate the three who have been identified and honoured in that fashion.  Public recognition of those whose service to the public as members of parliament manifests integrity is a way of stressing the importance of integrity in public life.  I hope that all three recipients will take the fullest pride and satisfaction in this recognition.

Integrity, like its antonym, corruption, is a word that can refer to a physical object.  We can speak of the integrity of a building, just as we can speak of the corruption of matter. Both words can also be applied to a process, the one signifying and the other denying, that it is being conducted in accordance with its purpose.  In the present context, the concept of integrity is related to the conduct of an individual and, more specifically, the conduct of an individual in a role which has, as its ultimate purpose, service of the public.

The words integrity and corruption are difficult, and sometimes dangerous, to define.  State Parliaments, seeking to pass laws about corruption, have encountered problems when they set out to define that term. In July 2015 a report of a Panel reviewing certain aspects of the New South Wales legislation said:

“The unifying element of the kinds of corrupt conduct referred to in [the] Act is deliberate misuse of power, authority or responsibility which is given for the public benefit and is, instead, used for some extraneous and wrongful purpose such as private advantage.  This accords generally with Transparency International’s view of corruption as the abuse of entrusted power for private gain.”

That was said in the context of an Act which has, as one of its principal characteristics, a concern limited to corruption involving or affecting public authorities and public officials. In ordinary language, corruption is not confined to activities in and around public administration. Widely publicised examples of the abuse of entrusted power also occur in many other contexts, but it is the public ad ministration that has been selected for particular legislative intervention in Australia, at least so far.  Why that is so has never been fully explained, and, I might add, it has rarely been questioned.

The common law offence of bribery is one well-known form of corruption. It was originally confined to payments or similar benefits solicited by or offered to public officials.  However, in the nineteenth and twentieth centuries Parliaments turned their attention to the widespread use of secret commissions in the private sector, and modern legislation against practices of that kind extends well beyond public administration. Some notorious instances of alleged corruption in recent years have had nothing to do with public administration. Whether anti-corruption legislation will take on the same expanded scope as in the case of the particular issue of bribery may be a question for the future.

Legislation is only one method, and sometimes a very inadequate method, of promoting integrity or suppressing corruption.  It is natural for people to see the solution to a problem through the prism of their own expertise or capability. Lawyers are often inclined to propose legal solutions to problems that are better solved in other ways. Legislators may be inclined to arrive too quickly at a conclusion that the way to deal with a social problem is to make a law against it.

An old-fashioned word to describe what is often a more secure reinforcement of standards of behavior is morale.  In an environment of high morale, maintaining standards is not inconsistent with vigorous competition.  However, where the competition is for a form of power which is to be exercised for the benefit of others special considerations apply.

The context in which these Integrity Awards are given is that of a Parliament in a liberal democracy. That is, and is meant to be, a highly competitive environment. A liberal democracy cannot exist without politics. The rough and tumble of the political process is inevitable. I admire people who have a sufficient sense of the public interest to commit themselves to that process.  Chairman Mao said that a revolution is not a tea party. Neither is political struggle in a robust democracy. Parliaments tend to be occupied by people who are confident that the public interest is best served if power is exercised by them or their parties. A capacity to identify competitive success with the public interest is unavoidable. The public expects politicians to compete for power. So long as they exercise that power honestly, in accordance with their declared policies and objectives, for the purpose for which it was created, it is unreasonable to complain that they pursue success.

The behavior or people who compete for, and exercise, power ought to be exposed to scrutiny by appropriate levels of transparency and accountability. There is an interaction between the standards of those engaging in the scrutinised behavior and those doing the scrutinising; ultimately the general public. In a context of high morale  the general public will accept and reward political strength and at the same time will apply the biblical injunction: from those to whom much is given much will be expected. An indication of low morale, on the other hand, would be an inability to accept even the possibility of disinterested public service. Dame Leonie Kramer once pointed out that the corruption of language can have the result that when the meaning of a word disappears so may the value which it represents. She gave as an example the word disinterested, which for many people has totally lost its meaning and is used in a corrupted form to mean uninterested.  The value inherent in the true meaning of the word, especially in its application to the public service, becomes lost. Yet that value is closely connected with the idea of public office being held on trust.

One of the criteria by which the Integrity Awards are judged is:

“Contributing effectively and constructively to parliament debate, committee deliberations and/or policy development in a way that promotes and/or supports good parliamentary practice and the institution of parliament.”

This is an acceptance that the Parliament as an institution is vital to the integrity of a liberal democracy. The vigorous contest that is an essential part of the parliamentary process is something to celebrate, not deplore. An adversarial procedure, whether in courts or in government, works on the principle that a just outcome is promoted by robust debate. The institutional life of each Parliament is based on a combination of law, custom and practice, most of which we inherited.  It is at least as important a part of our heritage as our physical environment, and it has a vital influence on the morale of our society. Australia is fortunate to have an ample supply of people whose commitment to a political cause inspires them to take on the stressful and hard work of parliamentary representation. The adversarial nature of the role means that members of the public tend to divide into supporters and opponents, but there are occasions, like the present, for generous acknowledgement of the service that is given by those who regard public office, not as a prize but as a trust.

The essence of the legal concept of a trust is something that is accepted or held for the benefit of another. The legislative power that is conferred by the Constitution upon Parliament is exercised by the members from time to time of the institution for the benefit of the public. One of the strengths of a robust political system is that, if some are in danger of forgetting that, others, both inside and outside Parliament, will be quick to remind them.

One of the changes in membership of Parliament that has taken place in my lifetime is that it is now regarded as a full-time (and very demanding) occupation. I can remember when members of the Sydney legal profession, for example, would spend a day in court and then go to Macquarie Street in the evening to attend a sitting of Parliament. That, I believe, is one reason why Parliaments used to sit such odd hours; it enabled members to attend to their ordinary occupations. This is not the occasion to reflect on whether there has been a loss of occupational experience and diversity, but the public expectation of modern parliamentarians calls for a level of commitment of time and energy that too many people take for granted.

I welcome an opportunity to acknowledge the commitment of so many parliamentarians and the immense value of the work of those who never forget the nature of the trust upon which they exercise legislative power.

Back to Awards page