Whose side are politicians really on?

Colleen Lewis, Accountability Round Table member, has an opinion piece in the Sunday Age on whose side politicians are on when they act out of self interest or otherwise not in the public interest.

The full article was published in the Sunday Age here. 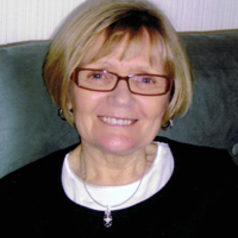 “Whose side are you on” is an excellent question. It is one that all Australians should be asking in relation to the following issues.

Whose side are federal politicians on when they repeatedly fail to overhaul all facets of the much-censured political donations regime? Whose interests were they really serving when the best they could achieve in the three-year period between elections was to amend foreign donations laws?

Were they serving self-interest and the interests of their political parties or those of the Australian community when they failed to introduce real-time disclosure for political donations?

Were politicians on the side of the public interest when they decided not to place a cap of approximately $1000 on all donations that had to be publicly disclosed, rather than leave the disclosure threshold at the ridiculously high figure of $13,800; an amount that the average taxpayer cannot afford to donate to political parties or candidates?

Whose side were federal politicians on when they allowed the election spending “arms race” to continue by failing, yet again, to place a ceiling on the amount of money that could be spent on an elections campaign? Perhaps it was Clive Palmer’s side as he was able to spend in excess of $50 million dollars trying to influence the outcome of the recent federal election. Palmer was able to do so because federal politicians are evidently not on the people’s side when it comes to reforming the political donations regime and have not been for more than 12 years.

Whose side is the government on in terms of the planned Commonwealth Integrity Commission (CIC)? Nearly every expert in the anti-corruption field has condemned the proposed model put forward by the attorney-general in December 2018. One, among several of the major criticisms, relates to the protection from public hearings the CIC explicitly affords all members of federal parliament and the majority of public servants, several of whom advise governments on anti-corruption matters.

When it comes to a federal integrity commission the government is not standing on the side of the public interest, as many heads of state-based anti-corruption commissions have repeatedly pointed to the extremely valuable public interest outcomes that arise from their ability to hold public hearings.

Exactly whose side are prime ministers on when they create, or leave in place, a statement of ministerial standards, ostensibly designed to establish appropriate ethical norms for ministers and in some circumstances former ministers, yet fail to ensure that the standards are accompanied by independent enforcement capabilities? Is this truly the best prime ministers can do and if so, whose side are they on?

Why have prime ministers failed to appreciate that legally enforceable standards would go some way to addressing the trust deficit between politicians and the people, which is deepening at an alarming rate?

Whose interest are the vast majority of parliamentarians serving when they spend a great deal of time and energy berating their parliamentary colleagues; repeatedly telling the Australian people how unethical, self interested and dishonest are politicians who are not members of their political party or do not agree with their views on a particular issue. The problem with this self-defeating, one-sided approach is that, in this instance at least, the Australian people believe they are telling the truth.

Whose interests are all parliamentarians serving when they perform, in what is commonly referred to by many Australians as the circus that is question time?

Where does the parliamentarians’ expenses scheme sit on the public interest continuum? Is it more toward the taxpayers’ end of the spectrum or the end favouring the interests of parliamentarians?

Exactly whose interests are federal representatives supporting when they leak information to journalists yet object when whistleblowers do the same?

When asking these questions, the community could also raise the system currently in place for selecting candidates to run for office in the House of Representatives and the Senate. Does it operate to serve the public interest?

The answer to these questions may be that politicians are on the side of vested interest, a continual winner when it comes to policies that relate to accountability, openness and transparency. It constantly prevails regardless of which political party is in power.

The answer to these questions may be that politicians are on the side of vested interest, a continual winner when it comes to policies that relate to accountability, openness and transparency.

These issues may not be what the Prime Minister Scott Morrison thought would arise from his insightful question – whose side are you on? – but this is exactly what needs to be asked of all elected representatives.

Australians look forward to receiving responses to these questions from the government, opposition, members of minor political parties and independents. If all they receive is silence or promises rather than remedial action, they will be left wondering – whose side are you, our elected representatives, really on?