The Case for a National Integrity Commission

Thanks to Erik Jensen of the Saturday Paper for permission to republish.

Stephen Charles is a retired judge of the Victorian Court of Appeal and a member of the boards of the Centre for Public Integrity and the Accountability Round Table.

Stephen Charles
The case for a national integrity commission 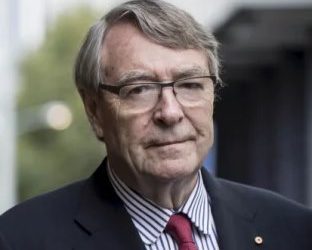 Last Saturday, in these pages, the independent candidate for Curtin, Kate Chaney, said that the government’s whole purpose now was to “get in power and stay in power”. This is accurate, although the reality is much worse because of the means the government is prepared to use to do so.

We know that before the last election nearly a billion dollars of taxpayers’ money was used for pork-barrelling, to improve the government’s electoral prospects rather than in the community’s interests. That is political corruption as Transparency International defines it, and the remaining question is: How much more money was actually spent in the same dishonest way in other grant schemes? Without a national integrity commission, we simply cannot tell.

Transparency International can’t be in much doubt about the government’s actions. Last week, it released its latest Corruption Perceptions Index, which is recognised as a key indicator of Australia’s integrity performance, including by the federal government itself. In 2012, Australia ranked seventh on the list, level with Norway. In the following decade, Australia has fallen 11 places, and is now at 18th. For context, Hungary experienced a similar decline, but only after the country’s takeover by an authoritarian regime.

The Coalition was guilty of blatant political corruption before the last election. Scott Morrison and his cabinet ministers repeatedly denied any wrongdoing. Far from showing contrition, they asserted that their expenditure was very much in the community’s interest. Of course, it worked.

This dramatic fall in Australia’s international reputation has occurred while the Coalition held power for nine of the relevant 10 years. The suggested reasons for this fall include the lack of a federal integrity commission, which is seen as a “gaping hole in the system”; the government’s proposed integrity commission bill, widely condemned by experts; and the federal parliament being mired in scandals including sports rorts and car park rorts, as well as workplace accountability and sexual harassment issues. Other matters include the ethical implications of the former New South Wales premier’s decision-making with regard to her secret personal relationship, and high-profile prosecutions of whistleblowers such as Witness K, while new protections for whistleblowers remain stalled.

There is nothing new about corruption: it has been with us always. It pursues money, power and influence and, unless steps are taken to prevent it, corruption flourishes.

Australia’s first anti-corruption commission was established in NSW in 1988, because of the government’s own horror at the level of corruption in the state. In his second reading speech, then premier Nick Greiner said: “In recent years, in NSW we have seen: a minister of the Crown jailed for bribery; an inquiry into a second … the former chief stipendiary magistrate jailed for perverting the course of justice; a former commissioner of police in the courts on a criminal charge; the former deputy commissioner of police charged with bribery; a series of investigations and court cases involving judicial figures including a High Court judge; and a disturbing number of dismissals, retirements and convictions of senior police officers for offences involving corrupt conduct.”

The Independent Commission Against Corruption has been very successful at rooting out corruption in NSW. It has been repeatedly praised by the state’s premiers for doing so, most recently in November last year by Dominic Perrottet.

Following NSW’s example, Victoria set up its Independent Broad-based Anti-corruption Commission in 2012. By now, each state and most territories have an integrity body and the question is whether there should be a similar federal body. Since Canberra is where power and money is largely centred in Australia, why ever not?

In 2003 Australia signed the United Nations Convention against Corruption, and ratified it two years later. Article 36 of the convention requires Australia as a state party to: “Ensure the existence of a body or bodies specialised in combatting corruption through law enforcement.” The staff of such bodies must have the appropriate training and resources to carry out their tasks. Transparency International reported in 2020 that there were then 171 anti-corruption agencies spread across 114 countries.

Australia has not complied with the obligation under article 36 to establish any such federal body. The government’s approach has, until 2018, been that there should be a range of bodies and government initiatives to promote accountability and transparency. Apart from failing to comply with article 36, that shared responsibility was never a satisfactory approach and has been shown to be completely ineffective. The government’s response also relied on the establishment of the Australian Commission for Law Enforcement Integrity in 2006. This also failed to comply with article 36. The commission does not have direct jurisdiction over most public servants or members of parliament and their staff, or most federal bodies or persons making decisions or providing services involving the expenditure of federal funds.

Until recently the commission had fewer than two dozen investigators and a yearly budget of less than $14 million. But above all, it had no jurisdiction over procurement – the extraordinarily large sums of money spent by, say, Defence or the Health Department. Repeated press reports support the view that the commission is simply unable to do the job of exposing major corruption in the Commonwealth.

There are many areas of serious risk of corruption in the federal sphere. The government purchases tens of billions of dollars of goods and services each year. There is no adequate control of political donations, no caps on donations or campaign expenditure and no requirement for immediate publication of donations. There is no adequate control of lobbyists. Freedom of information is totally inadequate in the federal area.

The Morrison government has allowed a culture of cover-up to develop in the bureaucracy. Reports are hidden and claims of cabinet-in-confidence are extended beyond the ultimate. Ministers and senior public servants have a revolving door to leave a post and take up well-paid positions in private industry, offering access, influence and insider knowledge. There are seriously flawed rules for the protection of whistleblowers. Prosecutions continue in secret for the likes of Witness K and Bernard Collaery.

The question of whether there should be a federal integrity body is no longer in issue, because in December 2018 Morrison and his attorney-general promised they would introduce a Commonwealth integrity commission. It became an election commitment and it has been broken.

The Commonwealth integrity commission proposed did not reach legislative form until November 2020, when Christian Porter released the Coalition’s exposure draft bill. The substance of the model proposed in December 2018 remained largely unchanged, and the draft is so seriously flawed that it could not operate to discover or expose corruption among parliamentarians in any meaningful way.

One half of the proposed Commonwealth integrity commission deals with law-enforcement bodies, with a broad jurisdiction, public hearings and reports, including findings of corrupt conduct. But the second half of the proposal, which covers most of the public service, and ministers, parliamentarians and their staff, has a number of critical flaws.

For one, there is a strictly limited jurisdiction, requiring a reasonable suspicion of a serious criminal offence before any investigation could begin. Whistleblowers have no direct right to complain to the commission, only to a law-enforcement entity. There would be no public hearings. After an investigation, a report could only lead to an incident being referred to the Director of Public Prosecutions to consider whether a charge should be laid, rather than allowing for a finding of corruption. In the case of parliamentarians or their staff, there would be no adverse findings, not even implied criticisms in any reports.

The obvious conclusion that can be drawn from the structure of the Commonwealth integrity commission is that it is a sham intended to protect ministers, parliamentarians and their staff, and public servants, from investigations and the exposure of any corrupt conduct. No wonder the Coalition did not want their bill discussed in parliament.

The Coalition was guilty of blatant political corruption before the last election. Scott Morrison and his cabinet ministers repeatedly denied any wrongdoing. Far from showing contrition, they asserted that their expenditure was very much in the community’s interest. Of course, it worked. In a tense election, they squeaked home to a narrow win, having expected to lose.

So we can be sure that the Coalition will repeat their egregious misconduct before the coming election, and that they will spend much more, whatever they think it takes to stay in power.

Our community is sick and tired of politicians engaging in favour for favour, giving contracts to friends and allies, and using taxpayers’ money as if it were their own. It has had enough of evasions and secretive responses. The community is looking for integrity in government and most want a strong national integrity commission.

The proposal for an effective national integrity commission basically includes the elements of the Coalition’s commission in the strong first half, dealing with law-enforcement bodies. It was publicly proposed by the judges’ group in January 2018 and endorsed by Labor in February 2018. Labor and the Greens and most backbenchers have consistently maintained their support for a strong commission. Anthony Albanese has stated Labor’s support for such a body numerous times.

This must be an important election issue because the Coalition is now facing very poor polling. Coalition leaders are saying this happened in 2019 but they caught up then and will do it again. They did indeed, by dint of the political corruption involved in the rorts since exposed by the auditor-general.

The Coalition now has the weapon of many billions to use in the next election and they are going to use it. Every doubtful seat will be promised unrequested swimming baths and every gold-plated knick-knack they can dream up. There will be pork-barrelling on steroids.

An effective national integrity commission is needed to raise the level of integrity in government, just as much federally as in each state, whether the ruling party be Coalition, Labor or otherwise. The community must be alert to ensure that whichever party is elected honours the electoral promise to establish an effective and strong commission. The Coalition has broken its promise to establish a commission. If elected, Labor must be held to its firm commitment.

This article was first published in the print edition of The Saturday Paper on Feb 5, 2022 as “The case for a national integrity commission”.