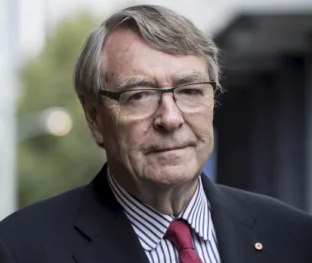 By Stephen Charles AO QC, former Victorian Court of Appeal judge and director of The Centre for Public Integrity.

If the Prime Minister thinks he has alleviated any public concerns that the Coalition Government behaved improperly in the management of the sports grants program, or whether the only error was in Senator McKenzie’s membership of the Wangaratta Shooting Club, he is mistaken.

The Auditor General’s report exposed with absolute clarity that the Senator’s office disregarded proper process and instead preferred marginal electorates in order to bolster success in the 2019 election. That view has been further strengthened by documents later leaked to the ABC from the Senator’s office. Neither the press nor the public has been persuaded by the secret report of a man – no matter how respected – brought out of the Prime Minister’s office, arguing the contrary.

If Senator McKenzie’s only mistake in the administration of a grants program of $100 million had been to give $40,000 to Wangaratta Shooting Club, no one would seriously have called for her resignation. The Senator has plainly been offered as a sacrificial lamb.

The Prime Minister might have undone much of the ensuing damage if, at the outset, he had made some admissions and shown some contrition. Instead the matter has been made much worse by the defiant reactions by many senior Coalition Ministers. The tone was set by the Prime Minister himself. He has repeatedly said that Senator McKenzie did nothing wrong and merely carried out the proper ministerial function of making discretionary decisions, much to the benefit of the community. At the National Press Club the Prime Minister treated reasonable press questions with total contempt. His Coalition cabinet colleagues have repeatedly mouthed the same manufactured and devious flummery, much to the rising anger of the community.

The simple fact is that the sports grant carve up was blatant political corruption. The Coalition has been caught red-handed in an egregious misuse of power and public money; and far from showing contrition, those who made such excusatory comments demonstrate that they regard such behaviour, and the way the sports grants were distributed, as entirely legitimate. As consistent press coverage and public comment has shown, this will be a lasting and irremediable stain on this government’s reputation.

Governments of both political persuasions have shown in the past a willingness to use governmental power and the money they control for the benefit of their donors, friends, and associates; to return favour for favour and to gain political advantage. They have shown that they regard such behaviour, and the ability to act thus without regard to the merits of the beneficiary, as being part of the spoils of office. And this is made so much easier by a political system which, federally, provides no adequate control of political donations, of lobbying, of the revolving door of ministers, and totally inadequate freedom of information.

The foregoing all demonstrates that it is essential that there be a properly constituted National Integrity Commission, one which will act as a restraint and check on governments of whatever colour. All our political parties now support the creation of such a body, and nearly all accept that it should be strong with the necessary teeth.

Even the Coalition has supported the call for a national anti-corruption body. But if the Commonwealth Integrity Commission (CIC) bill, promised for more than a year by Attorney General Christian Porter, is in the form forecast by him in January last year, his CIC will not have jurisdiction to investigate the sports grants rorts, will not be able to act retrospectively, will not hold public hearings, and will not produce any public report. It would be useless to ask it to investigate the sports grants program, and indeed any misconduct allegations involving members of Parliament.

It is high time for Mr Porter to stop his filibustering and table his draft bill for a Commonwealth Integrity Commission.