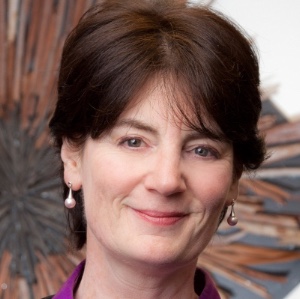 She replaces Tim Smith, a former Supreme Court judge and foundation President of ART, which he co-founded in 2006.

“I am honoured to accept the office and to advance ART’s valuable work in scrutinising government accountability and integrity,” Ms McLeod said.

“Important steps are being taken in open government, but there is still much work to do to set up a federal anti-corruption body and ensure donations to political parties are transparent and not able to buy influence, to name just two pressing issues.”

The Accountability Round Table is a non-partisan group of citizens with diverse backgrounds (academics, lawyers, politicians, journalists, authors) who are concerned with the current erosion of honesty and integrity in our democracy.  It is dedicated to improving standards of accountability, probity, transparency and democratic practice in all governments and parliaments in Australia.

Acting president, Ken Coghill, congratulated Ms McLeod, and commended Tim Smith on his distinguished and tireless work to advance ART’s goals and instil the principle that “public office is a public trust”.  Mr Smith will remain an active member of ART.

Fiona McLeod SC is the Co-Chair of the Open Government Forum and held the equivalent role on the OGP Interim Working Group for the first OGP National Action Plan.

Fiona McLeod is a Past President of the Law Council of Australia and the Australian Bar Association. She practises at the Victorian Bar, appearing in trials and appeals in public and commercial law.

She was appointed senior counsel in 2003 and was Chair of the Victorian Bar and President of Australian Women Lawyers.

Ms McLeod has been recognised with numerous awards for excellence and leadership, for her work in supporting diversity and equality, the advancement of women and her work in pro bono and human rights matters including human trafficking.

Her Wikipedia entry is available here