Book Launch “Money and Politics: The Democracy We Can’t Afford 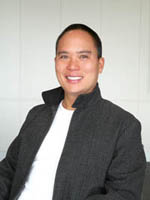 Melbourne Law School academic and political funding expert Dr. Joo-Cheong Tham will launch his new book “Money and Politics: The Democracy We Can’t Afford” with a panel discussion on the challenges posed by money in Australian politics on Tuesday 3 August.
Speaking ahead of the launch, Dr Tham said that voters didn’t have to look far to see how money has ‘distorted and disfigured’ Australia’s democracy.
Watch Dr Tham discussing the imbalances in democracy due to the influence of money.
“The big mining companies have shown us the political power of corporate wealth” he says. “As a group it was reported they put aside $100 million for their ads against the proposed ‘Super Profits Tax’, with up to $2 million being spent each week to run the ads.”
Dr Tham’s book tackles the controversial role money plays in Australian politics and the fear that political power resides with only a few rich and powerful citizens and corporations.
“Imagine if the homeless could spend that amount to highlight their plight and call for more public housing. Imagine if they, like the mining companies, suspended their ads and issued the government a deadline to reach a deal on public housing with a threat to resume their ads otherwise?”
Dr Tham’s book also points to the ‘arms race’ between the major parties which has reached dangerous levels, driving unsavoury fund-raising practices and resulting in increasingly unfair elections. “A level playing field in elections requires limits on the election spending of political parties, candidates and other groups.”
BOOK LAUNCH
‘Money and Politics: The Democracy We Can’t Afford’ will be launched with a panel discussion on the challenges posed by money in Australian politics.
Panellists include:
Chair: Professor Keith Ewing, King’s College, London